COMMON CAUSE RELEASES ITS PRELIMINARY REPORT ON THE PRE-ELECTION PERIOD 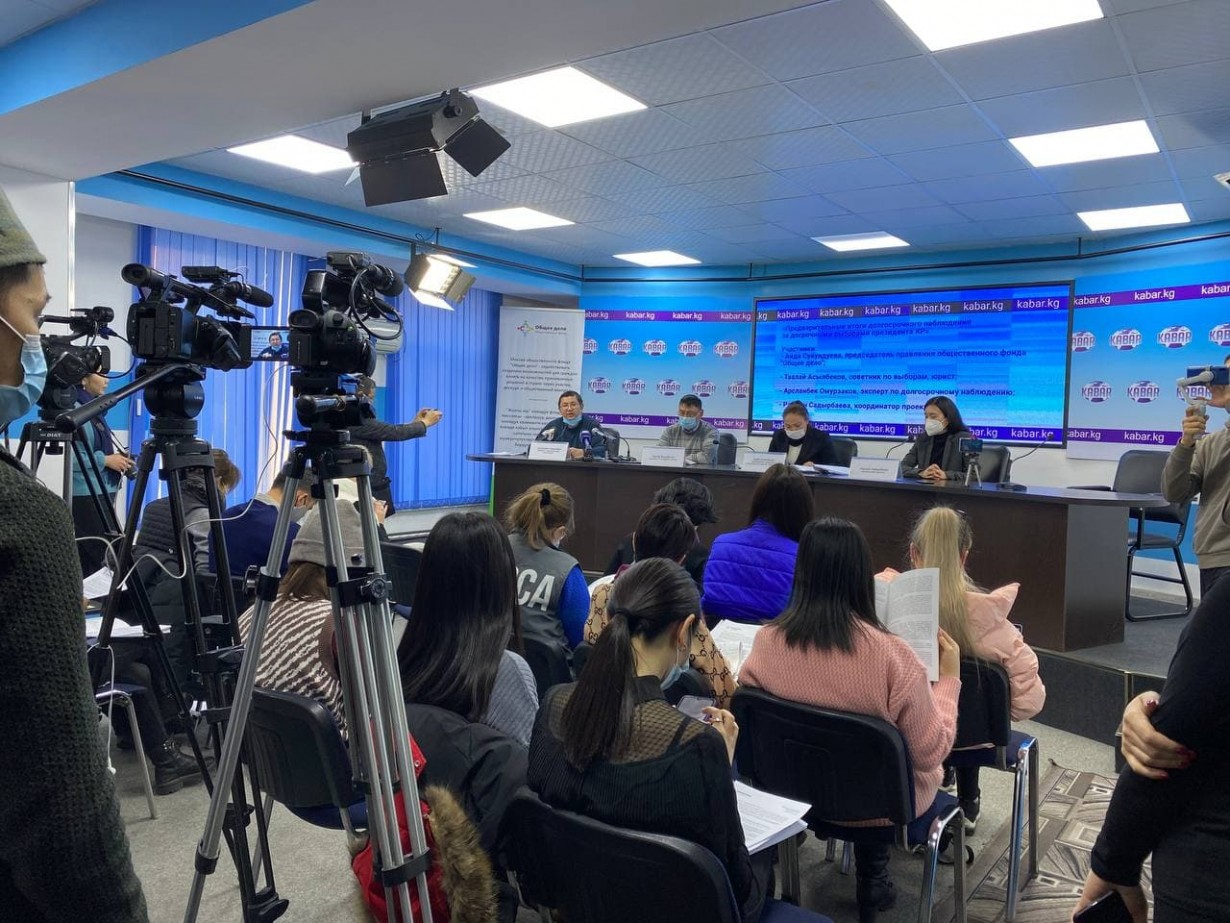 BISHKEK, January 5 - The “Common Cause” Public Foundation has issued a Preliminary Report on the results of long-term observation of preparations for the early Presidential Elections of the Kyrgyz Republic scheduled for January 10, 2021.

Since December 17, the Foundation recorded 53 serious violations. 31 reports of misuse of administrative resources, 15 reports of voter bribery, and 7 reports of threats and pressure on voters. A total of 14 appeals were sent to the Rapid Response Coordination Group. Common Cause analyzes all recorded violations. If the violations are minor and cannot affect the pre-election period, the Foundation decided not to apply to the appropriate authorities on them. Some violations were eliminated immediately after contacting PECs and TECs.

The analysis of the violations recorded by the Foundation demonstrates that they mainly relate to premature campaigning, violations of the campaigning procedures, bribery of votes, misuse of administrative resources, and the obstruction of electoral rights. “Common Cause” is deeply concerned about the increasing reports from LTOs about the misuse of administrative resources by the supporters of individual candidates.

In general, “Common Cause” notes that the pre-election period comes at a difficult time for the country. The economic and political crisis, a pandemic and other similar situation have an impact on the full quality of the procedures.

The cancellation of voting at a changed electoral address (Form No. 2) is a distinctive feature of the upcoming elections. According to current regulations, only voters residing outside the Kyrgyz Republic on Election Day will be able to vote according to Form No. 2 on January 10.

In assessing the activities of election commissions for the period reflected in the Preliminary Report, “Common Cause” notes that the activities of the CEC are carried out transparently and within the established procedures. At the same time, “Common Cause” notes that there are certain shortcomings in the work of individual Territorial Election Commissions, including a lack of transparency, insufficient staffing, and violations of sanitary standards.

While monitoring the activities of electoral disputes bodies, “Common Cause” notes that there are several problems that need to be resolved regarding the timing of complaints. In this regard, the “Common Cause” considers it necessary to consider the possibility of establishing responsibility for the full and timely consideration of applications received (appeals, complaints, etc.) and to strengthen the work of law enforcement agencies to process the received complaints and applications.

“Common Cause” notes that despite many amendments and additions to the legislative acts regulating the organization and conduct of elections, there are gaps, conflicts, ambiguous wording of certain norms. Based on the results of the monitoring of the pre-election period, “Common Cause” experts prepared recommendations to the CEC of KR, the Jogorku Kenesh of KR, the Government of KR, courts, and presidential candidates.

Election monitoring is carried out within the framework of the project "Non-partisan Observation of Early Presidential Elections in the Kyrgyz Republic on January 10, 2021" and implemented by the “Common Cause” Public Foundation.