Authoritative publications, devoted to the important issues related to the electoral process in the country. 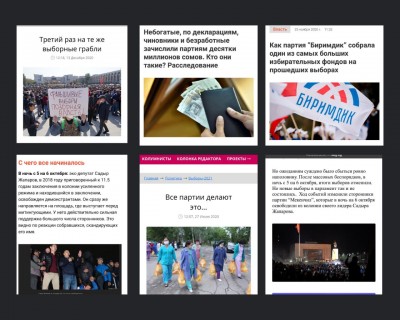 The Common Cause public foundation, as a part of a long-term observation of the preparation and conduct of elections to the Jogorku Kenesh of the Kyrgyz Republic on October 4, 2020 and the early presidential elections in the Kyrgyz Republic, held on January 10, 2021, assisted in the preparation and placement of journalistic investigations on the topic of elections in Kyrgyzstan. These are materials of our partners, authoritative publications, devoted to the important issues related to the electoral process in the country.

In each of the submitted materials, the authors reveal important, sometimes even inconvenient questions on electoral topics, for example, the problem of hidden vote-buying, which is often disguised as providing assistance to low-income citizens, which we all saw during the fight against the pandemic. New Faces write about this in their investigation. Another sensitive topic is the formation of electoral funds. There are no questions about the process itself, they appear when information about those who make their contributions to these funds becomes available, and it turns out that “the poor, according to their declarations, officials and the unemployed have credited tens of millions of soms to the parties”. You can find out who they are from the Economist.kg investigation. The same publisher analyzed “How the Birimdik party collected one of the largest electoral funds in the last elections” and traced the path of the head of the state Sadyr Japarov from the moment of his release from prison to the presidency. The "New Faces" also turned to the topic of elections for the head of state to find answers to why candidates from the authorities have an advantage in elections in Kyrgyzstan.

We are convinced that it is the media that help to make elections transparent, open, and allow voters to have full information about the ongoing processes.

We express our gratitude to our partners for the preparation of the submitted materials.